The Capital City Wind Band is for musicians of all ages and levels, approximately from grade 3–6. The band enjoys performing a wide range of music from classical standards to great film and pop music.

This band is suited to players of all ages who want to enjoy playing and making music in a fun and supportive environment or for those getting back into playing after a long break from their instrument.

The band plays a dynamic and varied programme each year and is Wellington’s largest community symphonic band with over fifty musicians.

Whilst fun and social, the band works hard to achieve excellence in playing with many semi-pro musicians attracted to join as well as the top school aged wind, brass and percussion players.

Entry is by audition and an 80% attendance at practices and concerts is the expectation for those wishing to join the band.

Any size gift is welcome to support the bands’ ongoing activities. 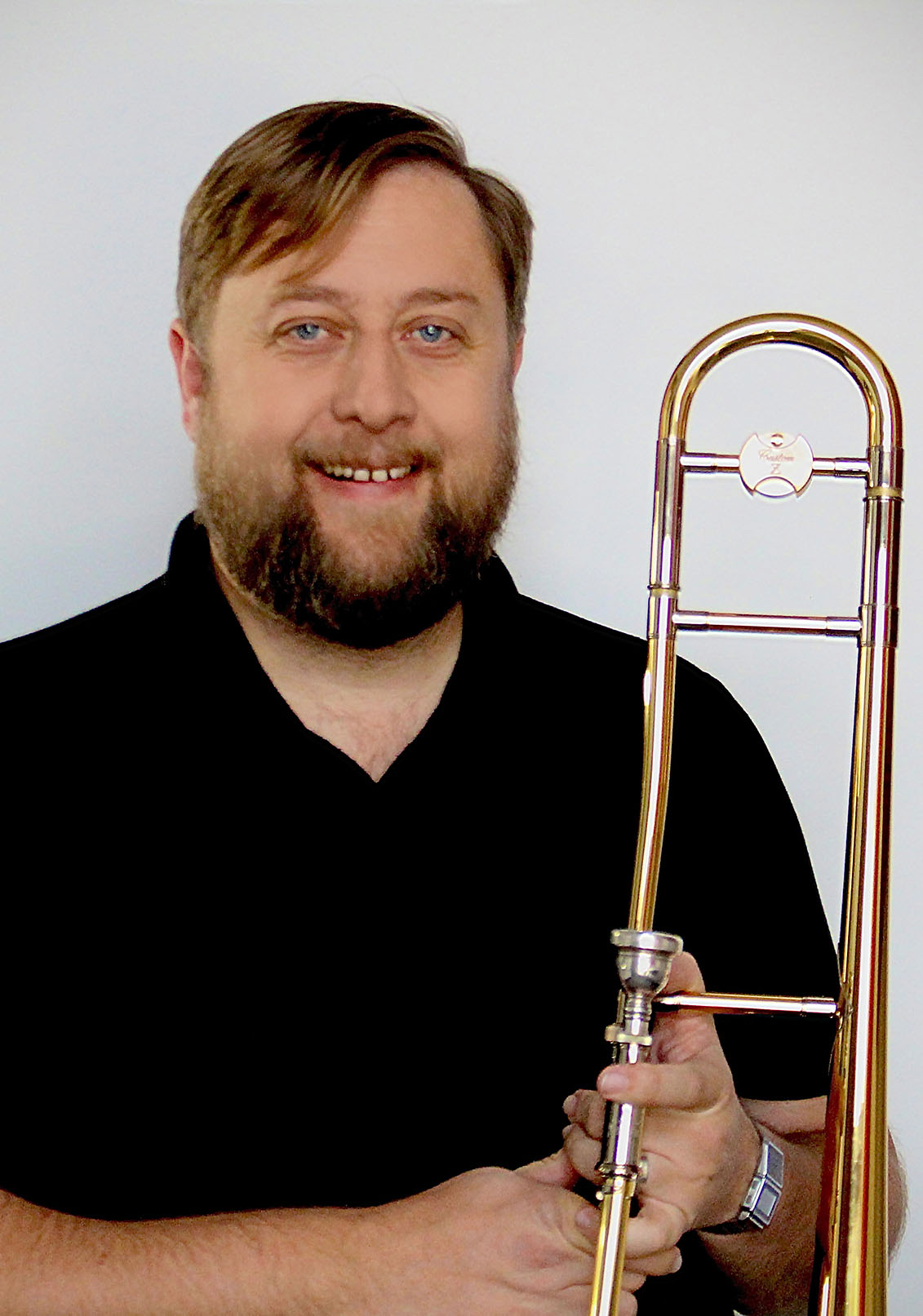 Mike Ashton, Music Director
Wellington City Concert Band
Originally from the UK, Mike studied trombone at the Birmingham Conservatoire under Philip Harrison from the City of Birmingham Symphony Orchestra. Whilst studying, he was selected as principal trombone of the National Youth Wind Orchestra of Great Britain and upon graduating joined the Band of the Coldstream Guards as co-principal trombone. During this time, he performed at many high profile events including the BBC Proms and Live 8 in Hyde Park, ceremonial occasions such as the Changing of the Guard at Buckingham Palace and Trooping the Colour, and extensive tours through Europe, the USA, Japan and Australia. In 2009 the band recorded the platinum selling album “Heroes” which went on to be nominated for a Classical Brit award.

Mike moved to New Zealand in 2010 to take up the position of Principal Trombone for the Royal New Zealand Navy. Highlights included recording the official 2016 NZ olympic song with Hollie Smith and tours of Samoa, Tonga, South Korea and Australia. During his time in Auckland, he also performed with the Auckland Philharmonia and its associated trombone choir “Aucktet”,  the Rodger Fox Big Band, the Auckland Jazz Orchestra, Dalewool brass and the 2014 National Band of New Zealand on their tour of China.
He is an enthusiastic conductor and educator, having held the position of Musical Director for the North Shore Concert Band and running workshops with a number of community and school groups.

In 2016, Mike relocated to Wellington where he performs with the Royal New Zealand Air Force Band and continues to be in demand as a performer, conductor and teacher. 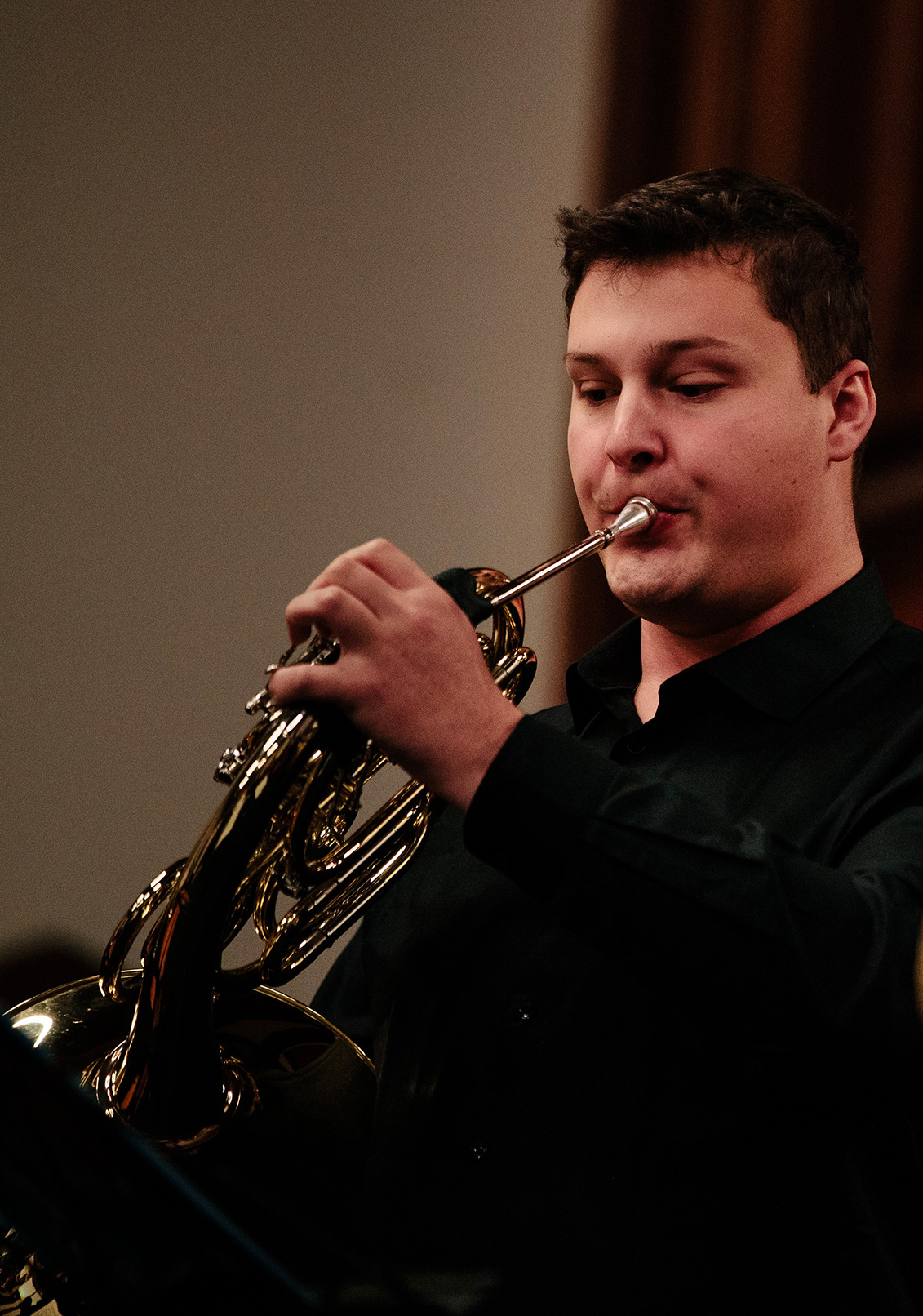 David maintains a busy schedule of performances as a collaborative pianist, conductor, and horn player. As well as being a member of the Royal New Zealand Air Force Band horn section, David performs with the New Zealand Symphony Orchestra, Orchestra Wellington, and the Dunedin Symphony Orchestra. As a pianist, David has a particular passion for collaborative work, enjoying performing with artists from NZSO and Orchestra Wellington.
When David isn’t immersed in music, he enjoys working as an after-school care supervisor and can be found on any of Wellington’s beautiful trails and walkways. 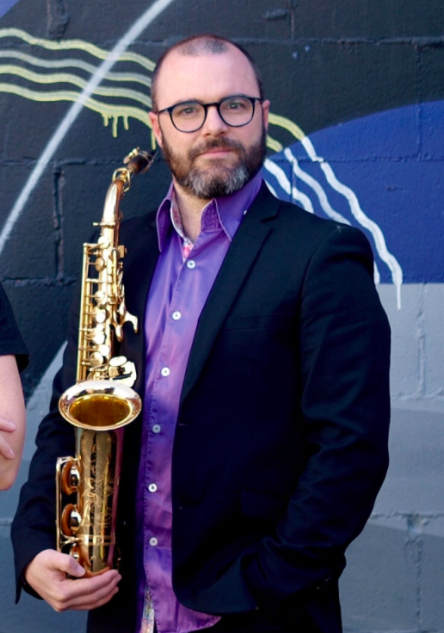 He was previously Director of Music for the Royal New Zealand Air Force Band. Simon was the principal saxophonist and a featured artist with the band between 2005 and 2006.

Simon took conducting lessons while studying in the Netherlands with, among others, Hennie Ramaekers and Fred Dobbelstein. In 2004 Simon was an assistant/intern to the music staff of the NBR New Zealand Opera. Simon was the conductor and Artistic Leader of Saxperience Ensemble in Germany and the AKU/Artez Saxophone Orchestra. Between his studies in New Zealand and the Netherlands Simon taught saxophone at numerous schools, conducted youth and school bands and took workshops for a variety of organisations. He now works as the Education Director at the New Zealand Symphony Orchestra and conducts a number of local ensembles.